Introduction to the coin:

Atonomi is a security protocol for the revolutionary technology known as the Internet of Things(IoT). It intends to carry out this task through something known as the root of trust by leveraging either hardware or crypto-certificates. Once the device identity is established it can be transmitted to the blockchain as a permanent record.

The reputation of the devices involved in a particular network would evolve over their lifetime. This identity valuation and reputation management is what enables Atonomi to be able to secure the IoT devices on its network.

Furthermore, to supervise foul play and keep things fair on the platform, a group of auditors will be employed to verify that all devices within the network are functioning within their respected predefined parameters. Otherwise, their rep. score along with user interaction will be reduced as a punishment for committing foul play within the community.

As per the official whitepaper, Atonomi offers a security protocol and infrastructure to enable billions of IoT devices to have trusted interoperability for both data and e-commerce.

A project that utilizes the established technology of its parent company CENTRI ( a company that has managed to amass $22 million through venture capital, including partnerships with other well-reputed companies Flex, Arm, Intel, etc) it’s most vital aspect is its low-level security protocol that is capable of rooting the identity and reputation of devices within a blockchain.

It’s a combination of both on-chain and off-chain resources, Atonomi has been built leveraging the power of Ethereums technology. It intends to secure a host of IoT based devices ranging from healthcare and home automation systems to smart-city infrastructure, etc.

Through its low-level security protocol, it offers these basic contributions (listed below) to enable trusted interoperability for both data and e-commerce in a scalable manner.

A couple of features of Atonomi are as follows:

It has a demo presentation taking place at Consensus starting from today i.e. the 14th of May till the 16th of May,2018.

No roadmap within the whitepaper. Makes me feel skeptical of the project in the first place. However, an updated and more specific roadmap will be released this week as the token sale is scheduled at the end of this month.

The Atonomi Token (ATMI) is central to the Atonomi network and is primarily used to secure IoT devices on its platform.

Following are a couple more features regarding token usage:

So that’s it concerning token info.

Now let’s talk about the other aspect i.e. value appreciation of this token.

There are a lot of factors that could affect the demand for this token like competition offering better services, lack of funding for certain reasons, lack of adoption by the masses, etc.

However, the most prominent reason that could affect the demand for ATMI tokens is this:

“If IoT technology skyrockets i.e. obtains worldwide adoption then the demand for Atonomi could peak as well.”

The reason for this is that if Atonomi manages to address the security issues within the IoT devices during this speculated peak in the near future then its demand could go up as well and vice-versa. 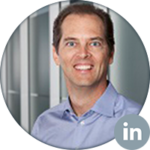 Software leader and entrepreneur in cybersecurity market for over 20 years; founder and CEO of CENTRI Technology. 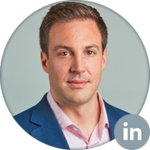 Co-Founder and VP of Product

Oversees Product. Former Blockchain and cryptocurrencies lead expert at PwC and fellow and researcher at MIT. 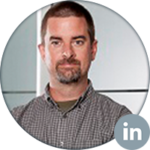 CTO and VP of Engineering

Maximum Market Cap (at crowdsale price): Depends on the number of whitelist invites on the day of the public sale.

Team: The Atonomi team consists of Vaughan Emery and David Fragile along with a bunch of other competent people possessing vast experience within the IoT sector. This positions this cryptocurrency to be able to dominate the IoT market upon its release by the end of this month.

Competitors: Having only Xage as a competitor to its service, for now, the future for Atonomi seems bright because of its vision and lack of competition it faces in the IoT sector.

IoT: Given that IoT has experienced massive rates of adoption over the past few years, Atonomi could capitalize on a big market opportunity if it manages to solve the problem of security in the IoT industry. Another win for Team Atonomi.

Centri: It has 8 US patents in the IoT sector and working relations with Multi-billion dollar companies like Arm, Flex, and STMicro. This can help Atonomi in its initial launch as these companies could possibly be the first to adopt the technology of Atonomi. As a result, this project could gain huge traction during its start-up phase.

According to their official website, a lot of team members of Atonomi have other commitments as well. Therefore, their commitment towards this project may be dicey in terms of the hours they have at their disposal towards making the project a success.

A detailed roadmap for the project is still to be published on their official site. For those wondering why this a problem: No roadmap means difficulty in planning/making your investment-related decisions for this project.

Our overall opinion concerning both Short-term and Long-term investments is as follows:

Atonomis vision, expertise and experience of its team members in IoT, support from Centri and a decent level of market awareness makes Atonomi a worthy short and long-term investment.

Everything You Need to Know About DAO Maker

If you are active in the finance and investment space, then you must have heard of the term…

Steemit – A Social Media That Pays, Everything You Need to Know Part 1

New millionaires and billionaires are being made every day from cryptocurrencies. 4But while there are winners and losers,…

What is Lisk(LSK):- Everything You Want to Know

As of now, Lisk is sitting at #19 according to the coin market cap. So, today all of us…

Join our free newsletter & stay update about all the cryptocurrencies.

CoinGyan was founded in 2016 with the mission to educate the world about Bitcoin and Blockchain applications.